Many of us may have heard about the amazing new feature in SQL Server 2016 called Query Store. However, there are a lot of SQL Servers out there that are neither 2016, nor will they ever be upgraded to 2016.

What is Open Query Store?

Open Query Store is our attempt at copying the capabilities of the Query Store, but for SQL 2005 – 2014. As the name suggests, this is an open source project with the MIT license, meaning you can use it for fun or profit (or both).

After a few meetings (read: SQL Server events and beers), Enrico van der Laar ( b | t ) and myself got the idea of creating a Query Store for the rest of us!

This quickly became what is now known as Open Query Store.

The first release (Updated release 2017-07-03) was published at the end of June 2017 and provides a background collection of query execution statistics in a database of your choice. The v1.0 release supports SQL Server from 2008 to 2014 and all editions (Express, Standard, Enterprise). There is also a PowerShell installer for those that are so inclined, which will grab the code from GitHub and install OQS into a specified database.

There is also a custom report which can be installed in SSMS (2016 and 2017), which will display information that OQS has collected. 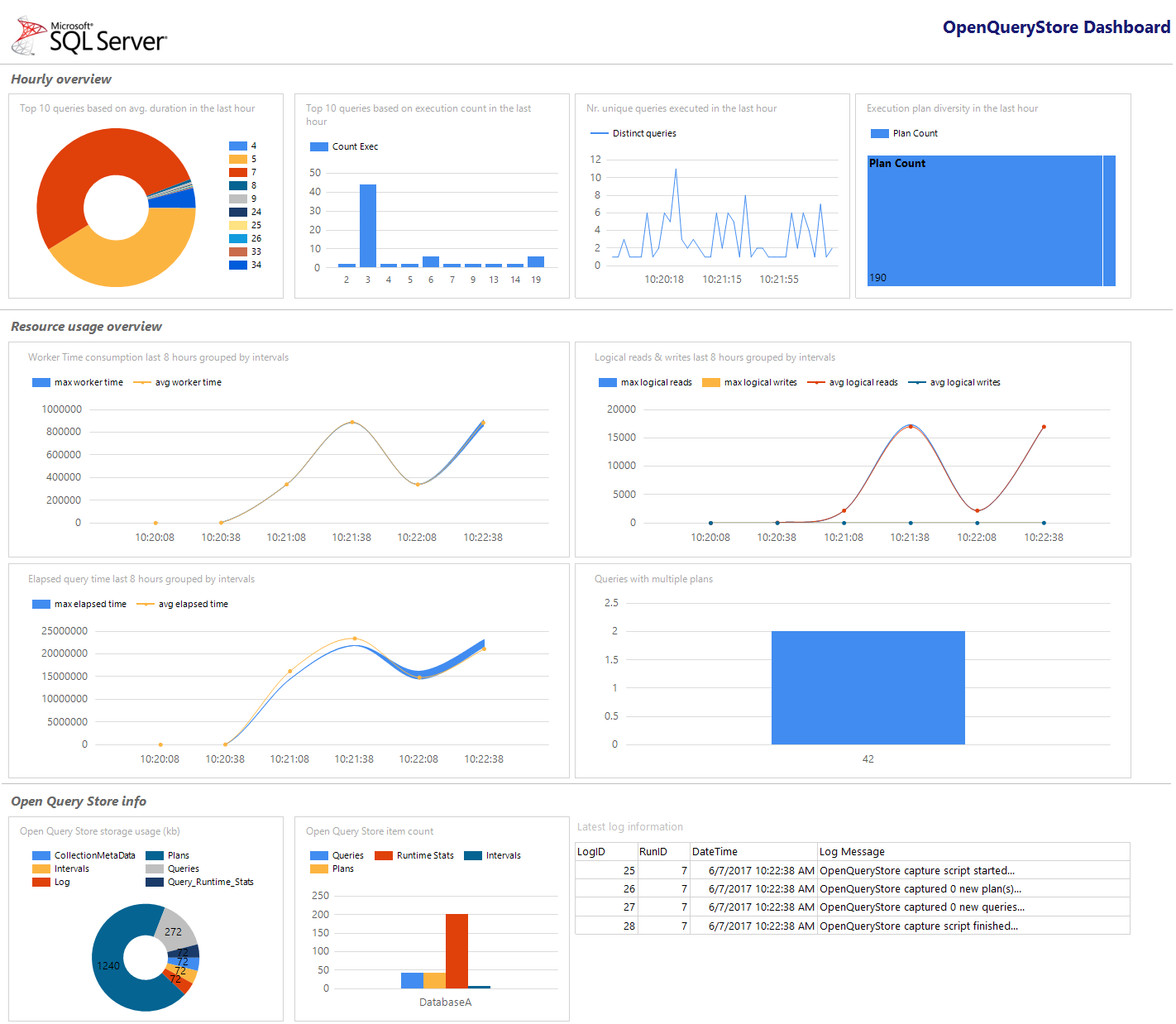 What is the Future of Open Query Store?

The future of OQS is to get as close to feature parity with “real” Query Store as possible. We’re not sure yet exactly how close that will be, but we’ll do our best!

We have an overview of the current features on GitHub and will be adding features as time goes by.

If you have a specific feature that you want to add, then please provide feedback/suggestions via the Issues tab in GitHub.

Thanks for reading and we hope OQS can help you with query tuning in the future.